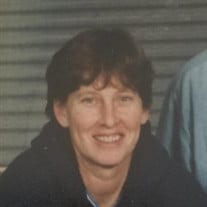 Brenda Wilkey, 59, of Kilbourne, passed away at her home at 11:12 p.m., on Thursday, June 18, 2020. She was born July 5, 1961, in Havana, to Ronald and Beverly (Friend) Shoemaker. She married Brad Wilkey on April 3, 1982, in Kilbourne. He survives. Mrs. Wilkey is survived by her husband, Brad, of Kilbourne; three children: Kayla Yocum of Astoria, Tyler Wilkey of Kilbourne and Jenna Wilkey of Kilbourne; three grandchildren: Alec McGrew, Jaycee Wilkey and Jax Wilkey; brother, Gary (Susan) Shoemaker of Chandlerville and sister, Ronda (Steve) Brown of Oakford. She was preceded in death by her parents and one grandson, Hayden McGrew, in 2005. Mrs. Wilkey was a member of Mt. Zion Baptist Church, near Kilbourne. She attended college at Spoon River College, in Canton, where she received scholarships to play volleyball, softball and basketball. She was a highly regarded athelete. After receiving a degree in Agriculture, she worked for Brauer Pork in Oakford for over twenty years. She enjoyed raising show hogs with her father for many years. Most of all, she enjoyed spending time with her family, especially her grandchildren. Graveside services will be held at Kilbourne Cemetery at 10:00 a.m. on Wednesday, June 24, 2020. Rev. Brian Lesemann will officiate. Memorial contributions may be made to the Wilkey Family. Online memorial messages may be left for the family at www.hurleyfh.com. Hurley Funeral Home in Havana is in charge of arrangements.

The family of Brenda Wilkey created this Life Tributes page to make it easy to share your memories.

Send flowers to the Wilkey family.