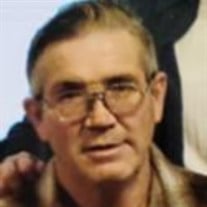 Byron Clifford Barker age 66 of Havana, Illinois died on June 9th, 2022. Byron was born on Nov 29th, 1955 to Byron Blaine and Patricia Elizabeth Barker in Canton, IL. Byron grew up in Havana, IL and attended Havana schools and graduated from Havana High School in 1974. Byron had 3 siblings Michael D. Barker, Luster R. Barker, and Teirry L. (Barker) Woolford. Byron started a plumbing apprenticeship with his future father in-law Harold Potts in 1973 with the Springfield local. Byron met his future wife, Shella (Potts) Barker and they were married in December of 1977. In January, 1986, Byron and Shella were graced with Katelynn Marie Barker. Followed by Daniel Barker in June 1988, and daughter Rebeka (Barker) Leonhardt in June 1994. Byron has been graced by 5 grandsons Benjamin (11), Lucas (9), Elijah (4), Joseph (7 months), and Oliver (2months). Byron and his father ran BB & BC Waste Control until they closed the business in 2002. Byron was a member of the Peoria Plumbers Union Local 63. Bryon was just recognized for 25th year of membership in Local 63. Byron retired from the plumbers union in Sept of 2017. Most recently he was working at Laurel Hill cemetery. Byron is preceded in death by his beloved daughter Katelynn Marie Barker, both of his Parents Blain (BB) Barker, Patricia (Barker) Switzer, his brother Michael Barker and father-in-law Harold Potts. Byron is survived by his wife Shella (Potts) Barker, his children and their families, His Son Daniel Barker, his wife Sarah, their sons Benjamin, Lucas, Elijah, and Joseph. His daughter Rebeka Leonhardt, her husband, Kyle and son Oliver. His siblings Luster R.Barker, and Teirry (Barker) Woolford and their children. As well as his family by marriage Mother-in- law Mary Potts, two sisters-in-law, their husbands and children. A funeral service will be held on Tuesday, June 14, 2022 at 12:00 p.m. at First Baptist Church in Havana, with a visitation two hours prior to the service from 10:00 a.m. to 12:00 p.m. Paul Webster will officiate. Burial will follow the service at Laurel Cemetery in Havana. Memorial donations may be made in Byron's name to his family. Online condolences can be left for his family at www.hurleyfh.com. Hurley Funeral Home in Havana is in charge of arrangements.

The family of Byron Clifford Barker created this Life Tributes page to make it easy to share your memories.

Send flowers to the Barker family.