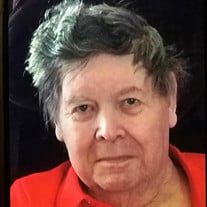 Carl S. “Steve” Atterberry, 79, of Tallula, IL passed away on Sunday, April 25, 2021 at his home. He was born in Petersburg, Illinois on April 11, 1942 to Carl and Pauline (McLaughlin) Atterberry. He married Joan Moss in Springfield, Illinois on May 1, 2012. Mr. Atterberry is survived by his wife, Joan, of Tallula, children, Mark (Brenda) Atterberry of Girard, Illinois, Kevin (Kristen) Atterberry of Petersburg, Wendy Armstrong of Largo, Florida, Candy (Stan) Davis of Springfield, John T. (Tammie) Nance, Jr. of Kannapolis, North Carolina, and Robert (Lindsey) Ellis of Petersburg, and many grandchildren and great-grandchildren. He is also survived by his sister, Charlotte (Victor) Kincaid of Petersburg and his cousin, Jess Atterberry of Sherman. He was preceded in death by his parents and nephew, Tim Kincaid. Mr. Atterberry worked as a corrections officer and also drove a Brinks truck. He was a member of the NRA and enjoyed fishing and riding his motorcycle. He was also a member of the Eureka Chapter 96, the Morning Star Lodge 0734, and the Galesburg Commandery #8. A funeral service will be held on Friday, April 30, 2021 at 3:00 p.m. at Hurley Funeral Home in Petersburg, with a visitation one hour prior to the service from 2:00 p.m. to 3:00 p.m. Rev. Ken Gennicks will officiate. Burial will follow the service at Greenwood Cemetery in Tallula. Memorial donations may be made in Mr. Atterberry’s name to Tallula BLS. Online condolences can be left for his family at www.hurleyfh.com. Hurley Funeral Home in Petersburg is in charge of arrangements.

The family of Carl S. "Steve" Atterberry created this Life Tributes page to make it easy to share your memories.

Send flowers to the Atterberry family.