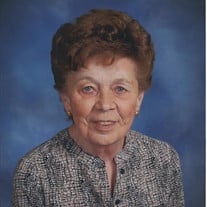 Carolyn Ann Knake, 81, of Havana, passed away at her home at 11:17 p.m., on Wednesday, October 21, 2020. She was born January 14, 1939, in Aledo, Illinois, to Carter and Velma (Ashaier) Damp. She married William G. Knake on May 15, 1960, in Aledo. He preceded her in death on January 22, 2000. Mrs. Knake is survived by two sons: William E. (Barbara) Knake of Havana, Robert (Sarah) Knake of Murfreesboro, Tennessee; four grandchildren: Kelsey, William Carter, Emma and Gabriella Knake; brother, Curtis W. (Jeanie) Damp of Prospect, Kentucky; sister-in-law, Clara Damp of Mobile, Alabama; as well as several nieces and nephews. She was preceded in death by her parents, husband, and one brother: Kenneth C. Damp. Mrs. Knake was a member of St. Paul’s Lutheran Church, in Havana, where she had served on the Altar Guild. She was a member of PEO Chapter “Y”, and had been awarded the Rotarian, Paul Harris Fellow. She attended Western Illinois University, in Macomb, where she had been a member of Sigma Kappa sorority. She also served as President of Tracer Industries, in Havana, for many years. Funeral services will be held at St. Paul’s Lutheran Church, in Havana, at 11:00 a.m., on Tuesday, October 27, 2020, with visitation one hour prior to the service. Burial will follow the services at Laurel Hill Cemetery in Havana. Rev. Bruce LaKamp will officiate. Memorial contributions may be made to St. Paul’s Lutheran Church for the Knake Trust. Online memorial messages may be left for the family at www.hurleyfh.com. Hurley Funeral Home in Havana is in charge of arrangements. Due to current guidelines, we will be limited to 50 attendees at the church service. Also, masks will be required for all in attendance.

The family of Carolyn Ann Knake created this Life Tributes page to make it easy to share your memories.

Send flowers to the Knake family.