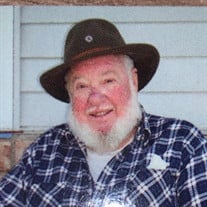 Dale C. Fancher, 92, a lifetime resident of Mason City passed away at 10:32 pm on September 6, 2020 at Mason City Area Nursing Home. He was born on November 20, 1927 in rural MasonCity to Ben and Mattie (Perkins) Fancher. On June 28, 1946 he married Ollie Bustle who preceded him in death on September 5, 2020. Dale is survived by 2 sons: Larry (Janet) Fancher and Frank Fancher both of Mason City, 5 grandchildren and 10 great grandchildren and brother Harold Dean of Missouri. He was preceded in death by his parents, wife, son Jerry “JD” Fancher, grandson Jedediah Fancher and 2 siblings: Frank L. and Dorothy Irene. Dale started working at age 13 at Gambles Store owned and operated by Oscar Brown. He worked as a projectionist for Arlee Theater in his high school years, eventually becoming an assistant manager. After high school he went on to work for Prudential Insurance Company as a debit agent, before opening Fanchers’ White Front Café, which he and Ollie owned and operated for 25 years. After retiring from the White Front, he went on to work for the City of Mason City for 11 years as assistant Water and Sewer Supervisoruntil he decided to fully retire. After getting out of the restaurant business he and Ollie bought the old Pollack School house and made it their home for over 30 years. He belonged to the Mason City Masonic Lodge #403, the Madeline Chapter of the Eastern Star, Springfield Consistory, and the Ansar Shriners. He volunteered for the Mason City Fire Department for 20 years, 12 of those as Secretary/Treasurer. Dale spent 11 yearsas Mason City’s Coordinator for Emergency Services and Disaster Agency. Last but not least he and four other men were instrumental in starting of the Mason City Memorial Swimming Pool. Cremation rites have been accorded and a burial of ashes will take place on Monday, September 14, 2020 at 1:00 PM at Mason City Cemetery with Pastor Brian Durbin officiating. Memorial contributions may be made to Mason City Nursing Home Activity Department.Online condolences can be left at www.hurleyfh.com. Hurley Funeral Home in Mason City is in chargeof the arrangements.

The family of Dale C. Fancher created this Life Tributes page to make it easy to share your memories.

Send flowers to the Fancher family.