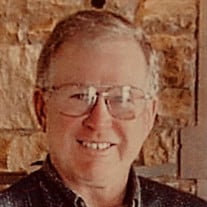 David Earl Daniels, 82, of Greenview passed away at 2:06 pm on June 1, 2021 at Memorial Medical Center in Springfield surrounded by his family. He was born on December 3, 1938 in Iuka, Illinois to Earl Raymond and Nettie Elizabeth (Dial) Daniels. On April 28, 1962 in Salem, Illinois he married Mildred “Sue” Chitwood she survives. David is also survived by 4 children: Paul (Kerri) Daniels, Naomi (Guy) Wands, Thomas (Carrie) Daniels, Stephen (Chris) Daniels, 12 grandchildren, 3 great grandchildren, his brother Jerry (Barbara) Daniels and multiple nieces and nephews. He was preceded in death by his parents, and his brother John Daniels. He graduated from Salem High School and studied engineering at Milikin University and at the University of Illinois, before transferring to Lincoln Christian College and later graduating with a degree in ministry from St. Louis Christian College. He was a farmer, a minister and worked in quality control. He retired from Richardson Manufacturing in 2001. David and Sue resided in Southern Illinois, Western Missouri, and Central Illinois. David was an avid outdoorsman and enjoyed collecting arrowheads and other Native American artifacts. He enjoyed mushroom hunting, gardening, and spending time with his family. He served as an elder at the Keenes Christian Church in Keenes, Illinois and Pawnee Christian Church in Pawnee, Illinois. He was a beloved husband, father, brother, grandfather and great grandfather and will be deeply missed. Cremation rites have been accorded and a private graveside service will be held at Mason City Cemetery in Mason City, Illinois. In lieu of flowers memorial contributions may be made to: Refuge Ranch, Team Expansion or St. Louis Christian College. Online condolence can be left at www.hurleyfh.com. Hurley Funeral Home in Mason City is in charge of the arrangements.

David Earl Daniels, 82, of Greenview passed away at 2:06 pm on June 1, 2021 at Memorial Medical Center in Springfield surrounded by his family. He was born on December 3, 1938 in Iuka, Illinois to Earl Raymond and Nettie Elizabeth (Dial) Daniels.... View Obituary & Service Information

The family of David Earl Daniels created this Life Tributes page to make it easy to share your memories.

Send flowers to the Daniels family.