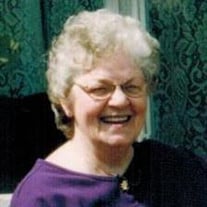 Fannie Lou Bertram, 87, of Springfield, formerly of Middletown, Illinois, passed away at Memorial Medical Center, in Springfied, at 10:43 p.m., on Tuesday, February 8, 2022. She was born February 20, 1935, in Holly Hill, South Carolina, to James Kistler and Julia Isabelle (Crosby) Blocker. She married Alvin R. Bertram on June 22, 1952, in Charleston Heights, South Carolina. He preceded her in death on May 9, 1990. Mrs. Bertram is survived by four children: David A. Bertram of Sevierville, TN, James A. Bertram of Lakeland, FL, Gayle L. Meyer of Springfield, IL, and Michelle M. Scrimpsher, of Middletown, IL; six grandchildren; six step grandchildren; seven great-grandchildren and two great great-grandchildren. Also surviving are one sister, Carolyn Ruby Ramey of Suffolk, Virginia, and sister-in-law, Leta Brewer of Pendleton, S.C., and three nieces. She was preceded in death by her parents and husband. Mrs. Bertram was a member of Park Meadows Baptist Church in Lincoln. She worked at R&H and Farm & Home in Lincoln, Middletown State Bank, and Family Medical Center, in Lincoln, as a receptionist. Funeral services will be held at 10:30 a.m., on Saturday, February 19, 2022, at Hurley Funeral Home in Havana. Services will be webcast at www.hurleyfh.com, for those who are not able to attend in person. Burial will follow the services at Laurel Hill Cemetery in Havana. Rev. Abraham Mogerman will officiate. Memorial contributions may be made to American Heart Association, Humane Society, or Middletown Rescue Squad. Online memorial messages may be left for the family at www.hurleyfh.com. Hurley Funeral Home in Havana is in charge of arrangements.

The family of Fannie Lou Bertram created this Life Tributes page to make it easy to share your memories.

Send flowers to the Bertram family.