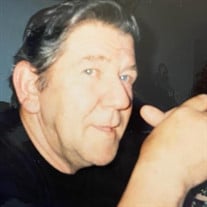 Gary Parsons, 79, of Havana, passed away at Unity Point - Methodist, in Peoria, Illinois, at 9:34 a.m., on Wednesday, February 23, 2022. He was born November 2, 1942, in Riverview, West Virginia, to Theodore Roosevelt and Gay Frances (Reed) Parsons. He married Barbara Warren in Glover, Missouri. She survives. Mr. Parsons is survived by his wife, Barbara, of Havana; two daughters: Gail (Rob) Specketer and Christina (Bob) Boyer, both of Havana; daughter-in-law, Christine Parsons, of Havana; ten grandchildren, eight great-grandchildren, and one sister: Janet Tolliver, of Sullivan, Missouri, as well as Joel (Ami Ganther) Poorbaugh. He was preceded in death by his parents; one son: Wayne Parsons; and five siblings: Josephine Hollen, Virginia Whited, Jean Ianetti, Theodore Parsons and Greg Parsons. Mr. Parsons was a Superintendant on several large construction projects in the Central Illinois area, working for Vanguard Construction, Williams Brothers Construction and Heinz Construction. He was in charge of construction on the Mason County Detention Facility, Fulton County Prison and additions to Mason District Hospital in Havana. He loved being outdoors. He had a big heart and had rescued many animals through his life. Most important to Gary was his family, who he loved. Cremation rites have been accorded and burial will be held at Huff Cemetery, in Glover, Missouri at a later date. Memorial contributions may be made to T.A.P.S. in Pekin. Online memorial messages may be left for the family at www.hurleyfh.com. Hurley Funeral Home in Havana is in charge of arrangements.

The family of Gary Parsons created this Life Tributes page to make it easy to share your memories.

Gary Parsons, 79, of Havana, passed away at Unity Point - Methodist,...

Send flowers to the Parsons family.