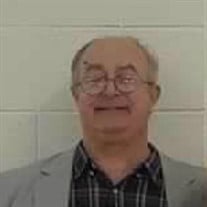 Michael Alan Mills, 65, of Springfield, formerly of Havana, passed away at his home at 6:00 p.m., on Thursday, October 14, 2021. He was born June 18, 1956, in Canton, Illinois, to James A. and Mary Ann (Cluney) Mills. He married his former spouse, Cathy Leezer, on February 14, 1979, and she survives. Mr. Mills is survived by one daughter, Liz (Lance) Dinardo, of Auburn, Illinois; step-son, John (Kes) Yocum, of Killeen, Texas; two grandchildren: Sicily and Lucca Dinardo; sister, Jamie (Jim) Gable of Adams, Wisconsin; and brother-in-law, Bob Whitehurst, of Springfield, Illinois. Also surviving are aunts: Cindy Case and Joann Mills; uncles, Gilbert (Linda) Mills, and Kenny Mills, as well as several nieces and nephews. He was preceded in death by his parents, brother Jimmie Mills, and sister Linda Whitehurst. Mr. Mills had recently retired from Pepsi Co. after 30 years, where he had worked as a Route Salesman. He was an avid painter and writer, having authored a cookbook and a children’s book. He also loved antiquing. In his younger years, he had enjoyed bowling, drag racing, and playing in pool and dart leagues. He had attended services at Southern Baptist Church, in Havana. Graveside services will be held at Laurel Hill Cemetery, in Havana, on Thursday, October 21, 2021 at 11:00 a.m. Pastor Sue Roat-Hall will officiate. Memorial contribution may be made to Spoon River College Foundation. Online memorial messages may be left for the family at www.hurleyfh.com. Hurley Funeral Home in Havana is in charge of arrangements.

The family of Michael Alan Mills created this Life Tributes page to make it easy to share your memories.

Send flowers to the Mills family.