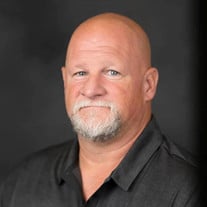 Michael “Mike” Dean Willing, 52, of Chandlerville passed away at 1:04 p.m. on Sunday, October 3, 2021 at Memorial Medical Center in Springfield. He was born on June 30, 1969 in Canton to Phillip and Rose Mary (Dobson) Willing. He married Maggie Rodriguez at Bethel Baptist Church in Chandlerville on September 27, 2003. Mike is survived by his wife, Maggie, two sons, Bryce and Bradyn Willing of Chandlerville, brothers, Tom (Diane) Willing of Kilbourne, Clarence “Bud” Willing of Kilbourne, and Tim Willing of Jacksonville, North Carolina, and sister, Barb Lewis of Kilbourne. He was preceded in death by his parents, sister, Karen Dearing, and sister-in-law Cheryl Willing. Mike was a member of Bethel Baptist Church. He worked as the manager of the Kilbourne FS Plant for many years and was also Captain of the Chandlerville Volunteer Fire Department. He enjoyed helping with the fall festivals, the annual Chandlerville Burgoo, and at church. He was an avid hunter and fisherman. His favorite pastime was watching his boys play sports. He was always there to help his friends and family with anything they needed. A visitation will be held on Thursday, October 7, 2021 from 4:00 p.m. to 7:00 p.m. at Lintner-Hurley Funeral Home in Chandlerville. Funeral services will be held on Friday, October 8, 2021 at 10:00 a.m., also at Lintner-Hurley Funeral Home. Rev. Linwood Brown will officiate. Burial will follow the service at Kilbourne Cemetery. A luncheon will be held at Bethel Baptist Church in Chandlerville following the burial. Memorial donations may be made in Mike’s name to his family or St. Jude Children’s Hospital. Online condolences can be left for his family at www.hurleyfh.com. Lintner-Hurley Funeral Home in Chandlerville is in charge of arrangements.

The family of Michael D. Willing created this Life Tributes page to make it easy to share your memories.

Send flowers to the Willing family.