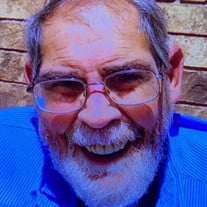 Norman L. Lacer, 74, of Forest City passed away at 9:24 A.M. Sunday, October 11, 2020 at Graham Hospital in Canton. He was born February 2, 1946 in Kansas City, MO. the son of Glen and Addie Fox Lacer. He married Judy Woiwode on February 26, 1988 in Morris, IL. and she survives. He has five children Camille (Luis) Sanabria of Odessa, FL., Douglas (Andria) Lord of Forest City, Gregory E. (Mickie) Lacer Sr. of Arvada, CO., Branden (Natalie) Lacer of Grant Park, IL. and Jeremy (Stacy) Lacer of Manteno, IL. There are fifteen grandchildren and four great grandchildren. He is also survived by one brother-in-law Dick (Sally) Woiwode of South Carolina. He was preceded in death by his parents, one brother and two sisters. Norm was a wonderful husband, father, grandfather, and great grandfather. He was very active in sports. He coached his sons little league baseball games; he was an avid bowler and baseball player. Norm was active in community affairs. He was a member of the Manito-Forest City Rotary Club having served as their president, vice president, and treasure; served on the Forest City Village board for ten years; member of the Mason Co. 911 Board; member of the Manito American Legion Post #561; lifelong member of the Havana VFW Post 6408; was instrumental in bringing the Vietnam Wall to Manito in 2010; and co-chaired the Forest City Sesquicentennial. Norm served proudly with the U.S. Army 2nd Bat. 94th Field Artillery during the Vietnam War with one year of duty in Vietnam. Norm retired from Caterpillar in Joliet in 1999 after 33 years of service as a machine instructor. After moving to Forest City he enjoyed driving a school bus transporting kids to school for nine years. A funeral mass will be held at 10 A.M. Monday, October 19, 2020 at the Immaculate Conception Catholic Church in Manito. There will no visitation. Internment of his cremains will be at St. Frederick’s Cemetery in Manito. Military honors from the Manito American Legion, Havana America Legion and the Havana VFW Posts will follow. Memorials in his honor may be given to the Immaculate Conception Catholic Church or to the Forman Ambulance. To post on online condolence go to www.hurleyfh.com. Maas-Hurley Funeral Home in Manito assisted the family with arrangements.

The family of Norman L. Lacer created this Life Tributes page to make it easy to share your memories.

Send flowers to the Lacer family.