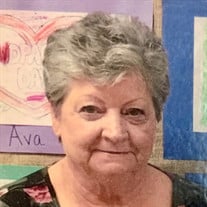 Phyllis J. Pilger, 69, of Havana, passed away at Graham Hospital, in Canton, at 6:00 p.m., on Saturday, July 10, 2021. She was born March 19, 1952, in Canton, Illinois, to Phillip and Louise (Shaw) Danner. She married Stephen Pilger, in Havana, on September 30, 1989. He survives. Mrs. Pilger is survived by her husband, Stephen, of Havana; six children: Christy (Dwayne) Fortney, of Havana, Tina (Steve) Shoemaker, of Chandlerville, Anthony Danner, of Havana, Jay Pilger, of Havana, Stephanie Dorethy of Canton, and Sarah (Bobby) Arnett of Cuba; twelve grandchildren: Stevie (Logan) Lascelles, of Havana, Emalie (Caleb) Churchman of Hardin, Anthony and Mary Fortney, of Havana, Hannah and Haley Miller, of Havana, Coultyn Dorethy and Makayla Wilson, of Canton, Hayden Pilger, of Fairview, Payton Arnett, Madison Draughan and Sadie Arnett, all of Cuba; three great-grandchildren: Brodee and Nohlan Lascelles, of Havana and Paislee Churchman of Hardin; as well as beloved family pet, Tia Nicole. Also surviving are one sister, Helen Baucom, of Camp Point, IL, and one brother, Tim (Jan) Danner of Forest City. She was preceded in death by her parents, one granddaughter, Renice Stevenson, and brother-in-law, Jimmy Baucom. Mrs. Pilger was a member of Central Christian Church in Havana, where she had served as a deacon. She was a volunteer and administrator for Havana Food Pantry for many years. She was a member of American Legion Auxiliary and VFW Post #6408 Auxiliary. She was known for her love of her family, especially her grandchildren, and for her cooking. She had worked at Dana-Victor, Wagoner and Interment Foundry in Havana for many years, until her retirement. She later worked as a caregiver at Riverview Estates, and for other individuals, in the Havana area. Visitation will be held on Wednesday, July 14, 2021, from 6:00 until 8:00 p.m., at Hurley Funeral Home in Havana. Graveside services will be held at 11:00 a.m., on Thursday, July 15, 2021, at Laurel Hill Cemetery in Havana. Rev. Don Graham will officiate. Memorial contributions may be made to Havana Food Pantry. Online memorial messages may be left for the family at www.hurleyfh.com. Hurley Funeral Home in Havana is in charge of arrangements.

The family of Phyllis J. Pilger created this Life Tributes page to make it easy to share your memories.

Phyllis J. Pilger, 69, of Havana, passed away at Graham Hospital,...

Send flowers to the Pilger family.