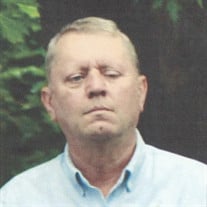 Richard L. Beckett, 72, of Topeka passed away at his home at 10:10 a.m. on Wednesday, February 3, 2021. He was born in Peoria on April 13, 1948 to James M. and Ruth L. (Smith) Beckett. He married Judy Fay Howard in Peoria on December 23, 1970. She precedes him in death. Richard is survived by his children Bruce, Kelly, and Rachel of Topeka, Skeeter of Havana, and Jill (Billy) of Macomb, 15 grandchildren, and 3 great-grandchildren. He is also survived by his siblings Jim Beckett, Phyllis McFarden, Charles Beckett, Shirley Evans, Ida Hammer, Penny Beckett, Mary Moschell, Dale Beckett, Donald Beckett, and Howard Beckett. He was preceded in death by his parents, wife, brother, John Beckett, sister, Patricia Potter, and grandson, Jacob Blatchford. Richard graduated from East Peoria High School. He was an avid outdoorsman and enjoyed hunting and fishing. He loved spending time with his grandchildren and great-grandchildren. Cremation rites have been accorded. Memorial donations may be made in Richard’s name to his family. Online condolences can be left for the family at www.hurleyfh.com. Hurley Funeral Home in Havana is in charge of arrangements.

The family of Richard L. Beckett created this Life Tributes page to make it easy to share your memories.

Send flowers to the Beckett family.