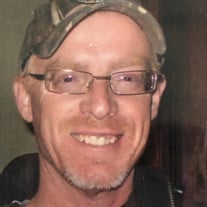 Richard Dennis Welker, 53, of Havana passed away on Sunday, February 13, 2022 at 5:49 p.m. at Mason District Hospital. He was born on October 4, 1968 in Beloit, WI. to Donna Meyer. He married Becky Jo Roach (Ledbetter) in Springfield on June 29, 2013. Richard is survived by his wife, Becky, mother, Donna, two sons, Justin (McKenzie) Roach and Devon (Rita Hames) Roach, and grandchildren, Haisley and Amelia Roach. Also mourning his loss are Rick’s twin brother Robert (Bob) Welker, his wife Lisa, and their children Abby Welker, Nick Welker, Carly (Ed McGinty) Crocker, and Drew (Kelly Liebers) Crocker; his sister Candace Demmin and her husband Rob, their children Arianne Cooper, Tessa (Brance) Demmin and Lucas (Courtney) Demmin; brother-in-law Steven Ledbetter and his wife Lisha, their children Colin (Montana) Ledbetter and Madison Ledbetter. He was preceded in death by his father, Dale Meyer, grandmother, Bernice Beavers. and nephews Lane Philip Crocker and Samuel Welker. Richard loved being outdoors. He enjoyed fishing, hunting waterfowl, spending time with his family, and playing a round of golf with his brother, sons, and friends. When younger Rick was a well-known competitor in multiple running events. His competitive nature allowed him to succeed in work and in play. He was passionate about his sales positions, and with every sale he gained a new friend. His family’s most precious memories of Rick were; early mornings spent in the duck blind or goose pit, his unique sense of humor and creative dance moves, his ability to inhale multiple ice cream cones in one setting, and his special handshakes with his granddaughters. Cremation rites have been accorded and a Celebration of Life will be held at Grandpa’s in Havana on Saturday, March 12, 2022 from 2:00-5:00. Family and friends are invited to come to enjoy time together while sharing stories about Rick’s life. As a runner himself, Rick marveled at the strength and dedication of local Special Olympic athletes. Memorial donations may be made in Richard’s name to Special Olympics of Illinois OR PORTA Power Special Olympics (coached by Becky and Devon). Online condolences can be left for his family at www.hurleyfh.com. Hurley Funeral Home in Havana is in charge of arrangements.

Richard Dennis Welker, 53, of Havana passed away on Sunday, February 13, 2022 at 5:49 p.m. at Mason District Hospital. He was born on October 4, 1968 in Beloit, WI. to Donna Meyer. He married Becky Jo Roach (Ledbetter) in Springfield on June... View Obituary & Service Information

The family of Richard Dennis Welker created this Life Tributes page to make it easy to share your memories.

Richard Dennis Welker, 53, of Havana passed away on Sunday, February...

Send flowers to the Welker family.