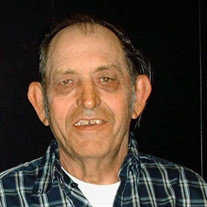 Ronald Paul Pratt, 76, of Havana, passed away at OSF-St. Joseph Medial Center in Bloomington, at 1:14 a.m., on Friday, December 11, 2020. He was born December 30, 1943, in Kilbourne, Illinois, to John C. and Dora Dosia Livina (Towery) Pratt. He married Pamela Hackert on March 10, 1984. She survives. Mr. Pratt is survived by his wife, Pam, of Havana; four children: Erick Pratt of Havana, Shannon Craig of Easton, Ashley Pratt of Havana and Brandon (Jill) Pratt of Fort Ann, NY; nine grandchildren; four great-grandchildren; two brothers: Daniel (Linda) Pratt of Bath and Stanley Pratt of Havana; as well as one sister-in-law, Edna Pratt. He was preceded in death by his parents and nine siblings: John Pratt, James Russell Pratt, Larry Wayne Pratt, Charles Raymond Pratt, Ethel Perez, Wanda Cline, Edith Nolting, Julia Ann Griffin and Myrtris McClure. Mr. Pratt worked for Caterpillar Inc for 31 years, retiring in 1994, having worked as a Grinder/Chipper and Iron Pourer. He enjoyed fishing on the Illinois River and spending time with his family. Funeral services will be held at Riverfront Park, in Havana, at 11:00 a.m. on Thursday, December 17, 2020, with visitation one hour prior to the services, also at the park. Rev. Don Full will officiate. Burial will follow the services at Oakford Cemetery, in Oakford. Memorial contributions may be made to This Able Veteran in Carbondale, Illinois. Online memorial messages may be left for the family at www.hurleyfh.com. Hurley Funeral Home in Havana is in charge of arrangements.

The family of Ronald Paul Pratt created this Life Tributes page to make it easy to share your memories.

Send flowers to the Pratt family.