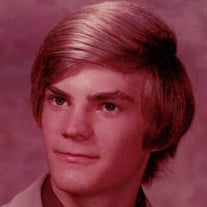 Scott James McLaughlin, 57, of Petersburg passed away on Thursday morning, January 7, 2021, at Memorial Medical Center. He was born on January 12, 1963, son of Kenneth and Patricia McLaughlin. He is survived by his mother, Patricia, of Petersburg, IL, brother, Randall (Lana) McLaughlin, of Vienna, IL, Teresa Doll, of Lincoln, IL, and Kelly Spivey, of Petersburg, IL, foster brothers, James (Robin) Watkins, of Chandlerville, IL, George (Tina) Carpenter, of Petersburg, IL, Robert Carpenter, of Murphysboro, TN, and foster sister, Judy Witherell, of Mason City, IL. He is also survived by several nieces, nephews and nephew-in-law, Morgan (Aaron) Beck, Joey Spivey, Tanya, Conrad, Tia and Tara McLaughlin, and great-nieces, Alivia, Lillianna, Nellie, and Emelia. He was preceded in death by his father, Kenneth McLaughlin, niece, Brittney McLaughlin, brother-in-law, Anthony Doll, and grandparents. He was a graduate of PORTA High School Class of 1981. He enlisted in the United States Navy upon graduation and served for 6 years. He was an Electronics Warfare System Technician in the Navy. After his service, he worked in the electronics field in Washington and Oregon. He was also a member of the First Baptist Church. He returned to Illinois in 1992, where he resided in Petersburg until his death. He was caregiver to his elderly parents. Per his wishes, he was an organ donor, and will be cremated, with no services held. Scott was a weird, wonderful, kind, and brilliant human being, and he will be greatly missed by his family, friends, and anyone who knew him.

Scott James McLaughlin, 57, of Petersburg passed away on Thursday morning, January 7, 2021, at Memorial Medical Center. He was born on January 12, 1963, son of Kenneth and Patricia McLaughlin. He is survived by his mother, Patricia, of... View Obituary & Service Information

The family of Scott James McLaughlin created this Life Tributes page to make it easy to share your memories.

Scott James McLaughlin, 57, of Petersburg passed away on Thursday...

Send flowers to the McLaughlin family.