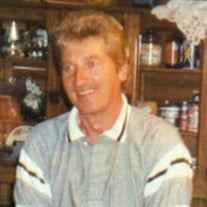 Terry Meyer, 81, of Havana, passed away on Sunday, January 16, 2022. He was born August 20, 1940, in Hartsburg, Illinois, to Leo H. and Martha (Lessen) Meyer. He married Linda Smiley on June 4, 1961 in Delavan, IL and she survives, along with his daughter, Talona Withrow; granddaughters Nicole and Ashley Withrow, grandsons Blake and Brett Meyer, great-granddaughter Claire Meyer; daughter-in-law Gina Meyer-Fairow; sister, Mary Jane Novak, and brother, Daniel Meyer. He was preceded in death by his parents; his son, Brock Meyer; four brothers: David, Leo “Bud” Jr., Gordon and Jim Meyer; his son-in-law, Eric Withrow; and his beloved dog and faithful companion, Willie. After attending Lincoln High School, Terry worked for Panhandle Eastern Pipeline for 14 years, managed Bob’s Marine in Havana, and was a salesman for Illinois Valley Irrigation before retirement. A talented musician, Terry was a well known singer and guitar player, entertaining audiences throughout Central Illinois for over 25 years with his bands The Bandmasters, Boot Hill and Our Way. Terry’s family would like to thank his healthcare worker Teresa Atterberry for her many years of care and compassion. Per Terry’s wishes, cremation rites have been accorded and his family will have a celebration of life in his honor this spring. Memorial contributions may be made to Mason County Pets Without Parents. Online memorial messages may be left for the family at www.hurleyfh.com. Hurley Funeral Home in Havana is in charge of arrangements.

The family of Terry Meyer created this Life Tributes page to make it easy to share your memories.

Send flowers to the Meyer family.