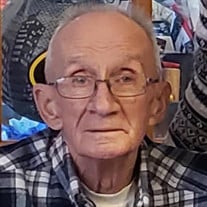 W. Douglas “Doug” Schnapp Tallula, Illinois- Wesley Douglas “Doug” Schnapp, 78, of Tallula, passed away on June 30, 2021. Doug was born January 20, 1943 in Tallula to Wesley and Mary Schnapp. He married his high school sweetheart, Brenda Hill in 1962 and they were married for 59 years. Doug graduated from Petersburg Harris High School in 1961. His work path started on the family farm, and as a young teenager he was a bus boy at New Salem Lodge. He did maintenance for the New Salem State Park and he managed a gas station in Tallula. He worked at Allis-Chalmers, at Tallula Lumber Company, Menard County Lumber, Snyder Lumber, and later owned and operated Ashland Hardware for 26 years. He was one of the first to showcase Electrolux inside a store, as well as door to door. When he closed the doors of Ashland Hardware, he opened a small engine & repair shop from his home. He also drove a bus for Pleasant Plains School District for 32 years. Doug also served as a Village of Tallula trustee. Doug was an avid St. Louis Cardinals fan, and enjoyed watching his children and grandchildren play sports. There weren’t many games he and his wife missed. He also enjoyed having a garden and revisited his love for cars of the 50’s and 60’s when he retired. He is survived by his wife, Brenda; children- Dawna Raikes of Petersburg, Doug of Tallula, and Derek of Petersburg; grandchildren – Aaron Raikes of Petersburg, Erik (Rose) Raikes of Petersburg, Macy and Brooke Schnapp of Petersburg; great-grandchildren- Henry and Nora Raikes. He is also survived by his sister, Bonnie Hills (husband, Ken) of Tallula and several nieces and nephews, along with many special friends. Visitation will be held on Thursday, July 8, 2021, from 5:00 pm – 7:00 pm at Hurley Funeral Home in Petersburg. A funeral service will be held at 11 am on Friday, July 9, 2021 at the Tallula Christian Church with Rev. Dale Sinclair officiating, followed by a burial at Greenwood Cemetery in Tallula. Memorials can be made to Tallula Christian Church, 311 N. Yates St, Tallula, Illinois 62688; Tallula BLS, 406 N. Elm St, Tallula, Illinois 62688; or the PORTA Sports Boosters, 17331 Woodland Lakes Dr., Petersburg, Illinois 62675, Attn: Molly Bettis.

The family of W. Douglas "Doug" Schnapp created this Life Tributes page to make it easy to share your memories.

Send flowers to the Schnapp family.