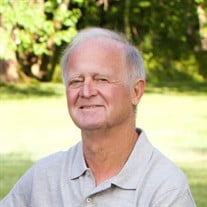 Walter George Erchinger, 84, of Petersburg Illinois died on Tuesday August 18th peacefully at home after a brave struggle with Parkinson’s disease. He never questioned the quality and completeness of his life and appreciated the opportunities found in life’s challenges. Walt was born March 19, 1936 in Calumet City, IL to Christian and Marie (Hauser) Erchinger. He married Sandra Quellmalz in 1992 and she preceded him in death in 2016. Walt is survived by five children, Karen (Bruce Waide) Erchinger of Petersburg, Illinois, Keith (Linda) Erchinger of Minooka, Illinois, Kristin Erchinger of Santa Fe, New Mexico, Kurt (Heidi) Erchinger of Vernon Hills, Illinois, and Joslyn (Jonathon) Osten of Annandale, Virginia; 12 grandchildren, Nicole and Shelly Waide, Garrett and Rachel May, Kassandra (Brian) Mayhall, Dylan Marshall, Alexander, Erica, Kyle and Ryan Erchinger, Elijah and Peter Osten; two great grandchildren, Mackenzie Waide and Austin Woolman; and one great great grandson, Gage Connor. He is also survived by one brother, Ralph (Eleanor) Erchinger of Austin, Texas. Walt was preceded in death by his parents. Beginning his 55-year career as a lineman for Illinois Bell Telephone, Walt finished his career consulting for the State of Illinois in network development and maintenance. He proudly served his country as an airplane mechanic for the Air National Guard. Walt was a member of Petersburg Central Presbyterian Church and was active in church stewardship through most of his life. He nourished his love of the outdoors by being active in boy scouts with his sons, trailblazing hiking and fitness trails in the historic flora and fauna areas of New Salem State Park, and adding dozens of ornamental trees in the common area of Lake Petersburg. During his thirty year residency in Petersburg, Walt was an active contributor to Kiwanis, Menard County Trails and Greenways, mentoring and other community improvement groups. He was also an avid boater/water ski instructor for his children and anyone he could convince to get behind his boat. Living by the words of the founding father of Boy Scouts, Baden-Powell, to “try and leave this world a little better than you found it”, Walt has instilled these morals within his children and everyone he touched. He and his family are very thankful for the love and care he received from his caregivers, Mackenzie Waide, Michelle Petersen, Kristin Hardy, and Michelle Waide. Walt, dearly loved, will be missed by his family and friends. A private gathering will be held in his memory. Memorials may be made to the Menard County Food Pantry. Online condolences may be left for the family at www.hurleyfh.com Hurley Funeral Home in Petersburg, Illinois is assisting the family with arrangements.

Walter George Erchinger, 84, of Petersburg Illinois died on Tuesday August 18th peacefully at home after a brave struggle with Parkinson&#8217;s disease. He never questioned the quality and completeness of his life and appreciated the opportunities... View Obituary & Service Information

The family of Walter G. Erchinger created this Life Tributes page to make it easy to share your memories.

Send flowers to the Erchinger family.