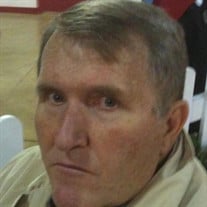 William Edward (Bill) Bailey, of Oakford, passed away on September 15, 2021, at Memorial Hospital in Springfield after a long and courageous battle with multiple sclerosis (MS). He was born November 18, 1947, in Springfield, Illinois to Matthew Thomas and Isabel Pedigo Bailey. William grew up in Oakford, Illinois, and graduated from Petersburg Porta High School in 1965. He proudly served in the United States Army from June 1967 to June 1969 and was a veteran of the Vietnam War. After his discharge from the Army, he was employed by Oscar Mayer in Beardstown. He married Kathleen Blair Lynn of Chandlerville, Illinois, in a private ceremony at her parents’ home on December 14, 1970. In December 2020, Bill and Kathleen celebrated their 50th anniversary “COVID-style” – six feet apart. Bill had many loves, but topping the list was horse racing; he spent many afternoons and evenings enjoying the thrill of trying to pick a winner. He was also an avid sports fan and especially enjoyed the St. Louis Cardinals. He enjoyed music and was known to always have an eclectic mix of songs playing. He enjoyed fishing and often told stories of the Big Catch. Later in life, he was a proud fan of his granddaughters in their various sports and activities. Bill is survived by his wife Kathleen; his son Bart (Becky) of Petersburg; two granddaughters, Brice Bailey and Bren Bailey, both of Petersburg; his sister Mary Ann Duncheon (Jerry Behrens) of Oakford; his nieces Julie (Roy) Cook and Phoebe Crowe; and his nephews Matthew (Becky) Duncheon and Phil Thomas. Per Bill’s wishes, cremation rites will be accorded and there will be no formal services. Memorials may be made to the Porta High School girls basketball program, 1500 Owens Avenue, Petersburg, Illinois 62672. Condolences may be sent to Kathleen Bailey, c/o Heritage Health, 900 North Rutledge Street, Springfield, Illinois 62702.

William Edward (Bill) Bailey, of Oakford, passed away on September 15, 2021, at Memorial Hospital in Springfield after a long and courageous battle with multiple sclerosis (MS). He was born November 18, 1947, in Springfield, Illinois to Matthew... View Obituary & Service Information

The family of William Edward Bailey created this Life Tributes page to make it easy to share your memories.

William Edward (Bill) Bailey, of Oakford, passed away on September...

Send flowers to the Bailey family.