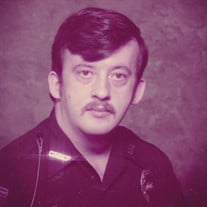 David N. Shoemaker, 64, of Middletown, Illinois, formerly of Chandlerville, went to be with the Lord on Sunday, May 9, 2021 at 9:30 a.m. He was born on December 8, 1956 in Jacksonville to Floyd and Frances (Boyd) Shoemaker. David is survived by his three children, Christopher (Destiny) Shoemaker of Lewistown, Samantha (Jacob) Shoemaker of Mason City, and Noah Shoemaker, five grandchildren, Serenity, Josie, Ivy, Sierra, and Johnnie, sister, Bonnie DeFord of Chandlerville, and brother, Len Shoemaker of Hankamer, Texas. He was preceded in death by his parents, Floyd and Frances (Boyd) Shoemaker, and son, Joshua David Shoemaker. David was a 1975 graduate of Chandlerville High School and a 1980 graduate of the University of Illinois Police Training Institute. He served as a police officer for 20 years, working in the communities of Mt. Sterling for 6 years, Chandlerville for 9 years, and Bath for 5 years. He was also Operations Manager for an armed security company in League City, Texas called Hargraves Company for a number of years. Most recently he drove for R Squared Transport, where he enjoyed sharing stories and getting to know the patients he worked for. David attended the 1st Baptist Church of Greenview, where he was Worship Leader and served faithfully in many roles such as constitution committee, building committee, transportation and chaperone for youth outings, and Wednesday Night Helper. He was also a member of the Christian Motorcyclists Association - Boanerges Chapter #1004. He loved playing his electric guitar and riding his motorcycle, which he called “wind therapy”. He bought a 1950 Ford and enjoyed spending his free time fixing it up with his son, Noah. Cremation rites have been accorded and a celebration of life will be held on Saturday, May 29, 2021 at 11:00 AM at First Baptist Church in Greenview ,511 S. State HGWY 29, burial to follow at Bethel Cemetery outside of Chandlerville. Memorial donations may be made in David’s name to the 1st Baptist Church of Greenview or Washington Street Mission. Online condolences can be left for his family at www.hurleyfh.com. Lintner-Hurley Funeral Home in Chandlerville is in charge of arrangements.

David N. Shoemaker, 64, of Middletown, Illinois, formerly of Chandlerville, went to be with the Lord on Sunday, May 9, 2021 at 9:30 a.m. He was born on December 8, 1956 in Jacksonville to Floyd and Frances (Boyd) Shoemaker. David is survived... View Obituary & Service Information

The family of David N. Shoemaker created this Life Tributes page to make it easy to share your memories.

Send flowers to the Shoemaker family.