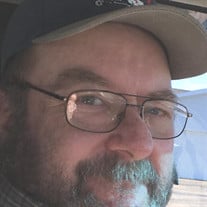 Kenneth “Kenny” G. Pratt, 68, of Oakford, Illinois, passed away on January 19, 2022, at St. John’s Hospital in Springfield, Illinois. He was born November 16, 1953, to Everett and Ruth (Gebhard) Pratt in Springfield. He married Kathy Watkins from Chandlerville, Illinois, on November 30, 1974, at the Sangamon Valley Presbyterian Church in Virginia, Illinois. Kenny worked for his father in law for several years. He later worked at Richard Ruppel Trucking, S & H Trucking and Smith Trucking as a truck driver. He then worked for Karl Beaty. Lastly, he worked for and retired from CRM Concrete and Ready Mix as a truck driver. Some of his favorite pastimes were to go golfing and bowling with friends. Kenny is survived by his wife, Kathy; a daughter, Kendra (husband Tim) Wankel of Tallula, Illinois; three grandchildren, Kobe Pratt, Emma Wankel and Colton Wankel; and many nieces and nephews. Kenny was preceded in death by his parents; his son, Kevin Pratt; his sister, Betty (husband Hobart) Combs; his brother, Richard (wife Mary) Pratt; and his mother and father in law, Ray and Virginia Watkins. A funeral service will be held on Sunday, January 23, 2022, at Hurley Funeral Home in Petersburg beginning at 1 pm. Pastor Carol Stufflebeam will be officiating. The committal service will immediately follow the funeral at Oakford Cemetery in Oakford, Illinois. Kenny’s family would like to invite all friends and family to a celebration of life at Wankel’s in Petersburg, 18239 Kelly St., Petersburg, Illinois 62675, following the committal service. Memorial contributions may be made to Kathy Pratt to help with Kenny’s medical costs. Hurley Funeral Home in Petersburg is assisting Kenny’s family with services.

The family of Kenneth "Kenny" G. Pratt created this Life Tributes page to make it easy to share your memories.

Send flowers to the Pratt family.