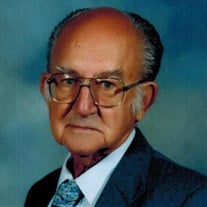 William Garton Smith, age 80 of Petersburg, formerly of Tallula, passed away peacefully at home on June 27, 2021. He was born July 1, 1940 in Mt. Carmel, Illinois, the oldest child of William Truxton and Kathryn Nadine Klein Smith. He married J. June Minor in 1961 and they had 4 children. In 1987, he married Lorraine Seelbach Rice. He is survived by his wife, Lorraine; four children, Vicky (Craig) Fowler, Billie (David) Hamilton, Troy (Candice) Smith and Barbie Miller (companion Kevin Heard); seven grandchildren, Phillip and Hayden Hamilton, Joshua, Justin and Colton Smith, and Clayton and Alexis Miller; two great grandchildren, Braydon and Madilyn Smith and nieces, nephews, cousins and other family members. He was preceded in death by his parents; a sister, Barbara Kay Kolflat; and brother, George Michael Smith. As a young man Bill earned a living as a cook. He ran the kitchen at the old New Salem Lodge Restaurant. He later worked at Allis-Chalmers/Fiat Allis and then for the PORTA school district. Bill’s joy in life was his family, raising and riding horses. Bill was a fierce protector. Family and friends knew he was just a phone call away and always had their backs. He was an active member of several trail riding and horsemen’s associations. Over the past 50 years, Bill rode his horses in some of the most scenic areas of this country. It was well known that if Bill was at the campground, one of his delicious breakfasts would be available by 8 a.m. for family and friends to enjoy. Bill had been involved with the Central Illinois Saddle-Up for St. Jude fundraiser for the last 21 years. That fundraiser combined two of his favorite things, horses and helping kids. A visitation will be held for Bill on Wednesday, June 30, 2021 from 5:00 PM to 7:00 PM at Hurley Funeral Home in Petersburg, IL. The funeral service will be on Thursday, July 1, 2021 at 10:00 AM, also at the funeral home. Pastor Jim Poll will officiate. Burial will follow at Greenwood Cemetery near Tallula, IL. Memorials may be made to St. Jude Children’s Research Hospital. Online condolences may be left for the family at www.hurleyfh.com Hurley Funeral home in Petersburg, IL is assisting the family with arrangements.

The family of William G. "Bill" Smith created this Life Tributes page to make it easy to share your memories.