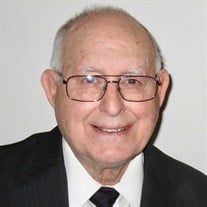 Wilmer D. Nall, 85, of Cape Girardeau, formerly of East Cape Girardeau, IL, passed away on Saturday, September 19, 2020, at the home of his daughter. Wilmer was born August, 19, 1935 in Mason County, IL to Ernest W. and Edna McDaniel Nall. Wilmer graduated from Bath-Lynchburg High School in 1953. He went on to study at Illinois State University, Bradley University and Western Illinois University until he earned his Specialist degree in Education. He taught Industrial Arts in Divernon, IL and Mason City, IL. He was high school principal and later superintendent of schools at his alma mater, Balyki, in Bath, IL. He later was superintendent of the Mt. Auburn, IL district and concluded his career as superintendent of schools at Shawnee School District in Wolf Lake, IL, retiring in 1994. Wilmer served in the U.S. Army in the late 1950s. He served most of his military stint in Germany. Among his other duties, he played on his base’s baseball team, The Dragoons. He enjoyed traveling to other bases to play their teams. He also took advantage of being overseas and used his leave to tour European countries and famous landmarks and had many pictures and slides of those amazing sites. Wilmer went on a blind date with Marilyn Haage in August, 1961. They were married a short four months later, on December 28, 1961 in Havana, IL. Wilmer and Marilyn were happily married for 57 ½ years (he always included that ½) until her passing in May of 2019. Wilmer and Marilyn had a great love for country music. They went to the Grand Ole Opry in Nashville, TN on their honeymoon. Over the years they enjoyed many trips to Branson and loved attending various music shows. They enjoyed traveling around the US and often pulled their camper on their trips. They also enjoyed watching British comedies on TV. Wilmer was a diehard fan of the Chicago Cubs and took a lot of teasing for it when he moved to the Cape Girardeau area. Wilmer had a great sense of humor and had a joke for every situation. He found the humor in life and shared it with all those around him. Wilmer was a member of Mt. Auburn Christian Church and served in various capacities over the years, including as a deacon and later an elder. His faith in Jesus was the focal point of Wilmer’s life. He was a shining example of a Christian man, husband and father. Loving survivors include his daughters, Tracey (Wes) Tripp of Cape Girardeau, Tricia (John) Josephs of Cypress, TX; grandchildren Trevor Dunn (Ashley Cook) of Warrenton, MO, Halie (Tim) Simmons of Evansville, IN and Colby Brennan of Cypress, TX; great grandchildren Reid and Aubrey Simmons of Evansville, IN; brothers Ernest J. (Charlene) Nall of Manito, IL and Michael (Arlene) Nall of The Villages, FL, and sister Lois French of Bath, IL; brother-in-law and sister-in-law Ed and Cathy Haage of Havana, IL, as well as numerous nieces, nephews, and cousins. Besides his wife, he was preceded in death by his parents, a brother, Charles Nall, and a brother-in-law, Vince French. Visitation will be from 4:00 pm – 6:30 pm on Thursday, October 1, 2020 with service at 6:30 pm at Mt. Auburn Christian Church. Minister Casey Elmore will officiate the service. A graveside service and inurnment will be held on Saturday, October 3, 2020 11 a.m., at Bethel Baptist Cemetery in Mason County, IL. Minister Mike Hopps will officiate. Memorial donations may be made to Mt. Auburn Christian Church, 930 N Mt. Auburn Road, Cape Girardeau, MO 63701. Hurley Funeral Home in Havana is in charge of local arrangements. To view the obituary or to leave an online condolence for the family visit www.hurleyfh.com.

The family of Wilmer D. Nall created this Life Tributes page to make it easy to share your memories.

Send flowers to the Nall family.